Office of the Secretary 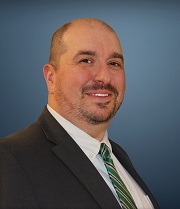 Todd Leahy was appointed Deputy Secretary of Energy, Minerals, and Natural Resources in January 2019. Prior to that appointment, he served at the New Mexico Wildlife Federation in a number of capacities including Acting Executive Director. Before joining the Federation he served in the General Counsel’s Office at the Missouri Department of Natural Resources. He holds a Juris Doctorate in Land Use and Environmental Law from the University of Missouri and a PhD in History of the American West from Oklahoma State University. He has written three books They Called it Madness: The Canton Asylum for Insane Indians, The Historical Dictionary of Native American Movements, and The A to Z of Native American Movements.

He serves as the Tribal Liaison for the Department.