State Parks are for the birds…

New Mexico State Parks offer varied, valuable habitats for birds and special attractions for birders. With close ties to Audubon New Mexico, several State Parks are listed as Important Bird Areas. Whether you are interested in a Ranger-guided bird walk or want to take off on your own for a quiet morning of birding, State Parks are the places to go.

Birding volunteers are always welcome, and State Parks are always trying to improve our bird lists and programs. Bird habitat conservation is also important in parks and volunteer habitat stewardship projects occur at many parks statewide.

Located near the U.S.-Mexico border, this park is in the border town of Columbus. The flora and water from irrigation draw many types of birds, including the curve-billed thrasher, cactus wren, greater roadrunner, great horned owl, Inca dove, ladder-backed woodpecker, verdin, pyrrhuloxia, Gambel’s quail, and black-throated sparrow. In summer, look for Bullock’s and Scott’s orioles and bronzed cowbirds.

Located north of Hatch along the Rio Grande, this is one of the best places in the state for birdwatching. The central area is an open bosque which attracts phainopepla, woodpeckers, flycatchers, and vireos. The willow and cottonwood habitat boasts some of the best warbler watching during spring and fall migrations. The half-mile river trail is excellent for birds in all seasons. Watch the river for ducks, shorebirds, and kingfishers, the bosque for passerines, hawks, owls, and woodpeckers. Within a small woodland at the park, there are commonly flycatchers, woodpeckers, and warblers during migration. Accipiters and falcons often seek the smaller birds here.

This park is prime for waterbirds and shorebirds. Elephant Butte is the largest lake in New Mexico and is best birded between September and May. At the lake, you may see American white pelicans, thousands of western and Clark’s grebes, several terns, and unusual gulls. Some of the better birding spots are at the marinas at Long Point, Three Sisters Point, and South Monticello Point (check for shorebirds, gulls, terns, waders, and ducks). Loons are more common at the southern end of the lake. Birding on land is best from Rock Canyon south, where tall scrub and houses with plants and feeders attract numerous species. Check migrating horned lark flocks for longspurs.

Mesilla Valley Bosque State Park is an Audubon-designated IBA (Important Birding Area) and we are the most recent addition to the statewide birding trail as stop number 43.

With more than 300 species, New Mexico ranks among the best areas in the U.S. for butterfly diversity and State Parks are great places to butterfly watch! Our parks provide valuable and varied habitats for butterflies.

Among the New Mexico butterfly specialties is the small, yet spectacular, Sandia Hairstreak, now our official State Butterfly. It can be seen at several state parks in eastern and southern New Mexico in March and April.

Join a butterfly festival, enjoy a Ranger program, or walk on State Park trails to learn about these fascinating creatures.

Where the wild things are..

Parks are great places to see and learn about other wildlife as well. Deer, elk, bobcat, javelina, rabbit, and bats inhabit our parks–just to name a few. State Park Rangers and scientists provide great programs about mammals, insects, reptiles, and amphibians. Visit Living Desert Zoo and Gardens State Park in Carlsbad to see wildlife from the Chihuahuan Desert, up close and personal. 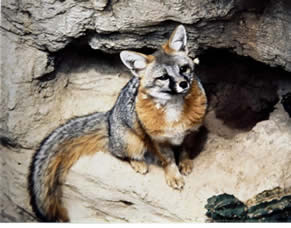 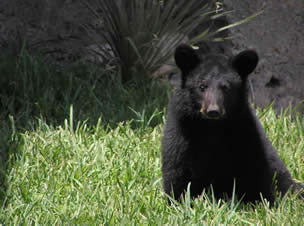