The Carlsbad Brine Well remediation project will stabilize the area and reduce the potential for collapse. To avoid depressurizing the cavity and inducing collapse, a delicate balance of pressure must be maintained within the cavity. Sensors are monitored continuously, 24 hours a day. After remediation is complete, two years of monitoring will be conducted to confirm the ground above the cavity is stable.

The initial remediation plan was based on the best data interpretations available at the time, however the exact nature of the cavity was unknown. The initial plan included drilling a series of borings within the cavity. A grout (a mixture of cement, processed clay, and water) the consistency of pancake batter would be pumped through selected borings to fill small interconnected voids in the upper parts of the cavity. The grout will harden and strengthen the cavity roof, reducing the risk of collapse. The initial plan was intended to be dynamic and adaptable based on real-time results as the drilling progressed. Drill rigs and support equipment mobilized to the site in September 2019 and began operations according to the plan.

Information collected during the first two months of drilling revealed several previously unknown conditions. The south part of the cavity was more solid and stable, and the north part of the cavity had more void space and less honeycombed material than expected. This new information provided several opportunities. In the south, some of the area originally slated for remediation turned out to be stable without the need for excessive grout injection. In the north, a larger than expected void provided opportunity to use more efficient filling procedures, eliminating the risk of collapse quicker.

The optimized plan includes pumping sand into the larger voids in the same method that is used to fill many potash mines and natural caverns at risk of collapse. The voids will be “topped off” with grout to create a strongly supported roof. 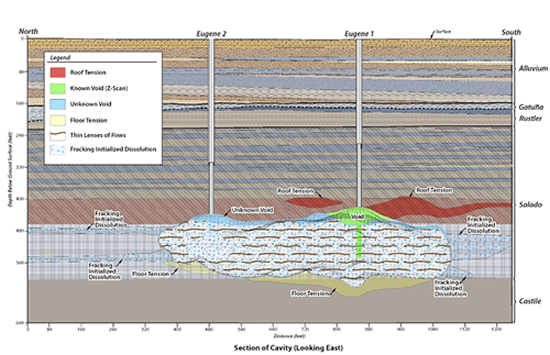 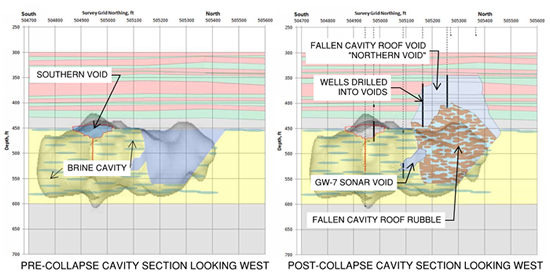 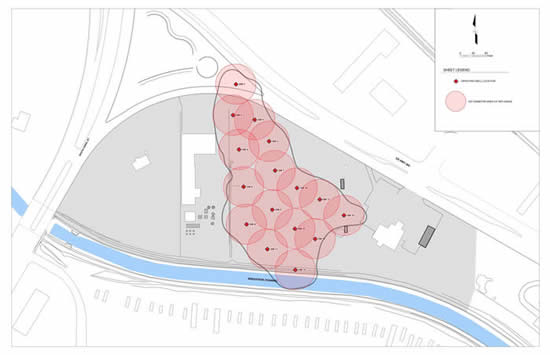 When grout and/or sand is pumped into the cavity the displaced brine must be removed at the same rate. During this procedure careful monitoring of the sensors is required to ensure pressure in the cavity stays within the safety limits. Public safety is of utmost importance, and the project team maintains close communication with the Carlsbad Fire Department and Eddy County Emergency Services.

Brine removed from the cavity is used for mixing the grout, nearly eliminating the need to use fresh water. The remainder is trucked to an authorized disposal site. A haul road for trucks bringing in fill materials and hauling off brine has been constructed at the site.

To implement the remediation project safely, the State of New Mexico acquired access to private lands on top of and adjacent to the cavity, including a feed store and church. The project area is fenced and accessible only to project personnel. When the remediation is complete the site will be restored in preparation for returning access to the landowners. The restoration will include regrading and removal of the haul road, water management ponds, and fencing.

The drilling and grouting are expected to be complete in the summer of 2020, and the restoration complete by fall of 2020. Afterwards, the sensors will be monitored for an additional 2 years to confirm the ground above the cavern is stable. 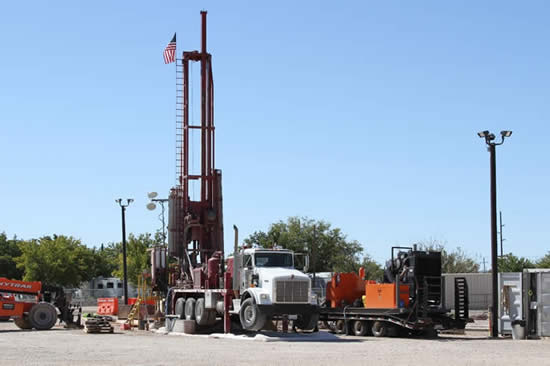 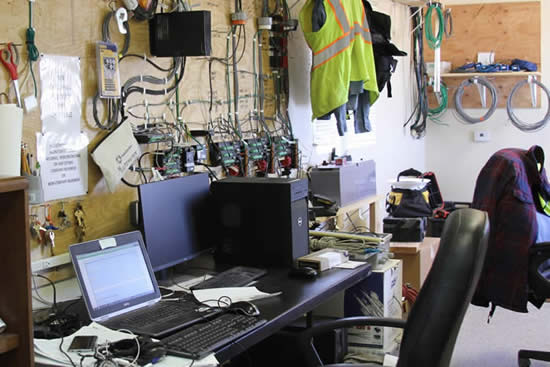 Carlsbad Brine Well on-site monitoring station. The sensor systems can be monitored by the OCD and the project engineers online. The system is sensitive enough to detect movement from most large earthquakes worldwide. 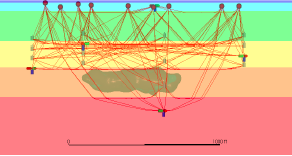